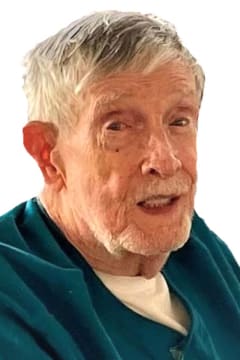 Madison – Alexander Clinton “Sandy” Ross, age 85 died of lung cancer on Tuesday November 1, 2022, at Capitol Lakes Assisted Living Facility in Madison, WI, where he moved in 2021. He was born on September 27, 1937, in Washington, DC, to Malcolm and Camille Ross. Sandy graduated from the University of Miami in 1959, then attended Columbia Law School before graduating with a Law degree from U. Miami in 1962. He married Mary (Burroughs) Haywood Ross in 1991 and remained devoted to her until his death with her by his side.

A lifelong resident of the DC area, Sandy spent his career in the Civil Rights Division of the US Department of Justice from 1962 until his retirement in 2001. As an attorney, he was witness to school desegregation throughout Mississippi and Louisiana in the early 1960s. In 1967 he was appointed Deputy Chief of the Eastern section, in 1969 became Deputy Chief of the Housing Section, and then in 1975 Chief of the Education section. Thereafter he was appointed Special Litigation Counsel, with varied civil rights cases and roles including defending Title IX and heading teams that sought to end “redlining,” a lending discrimination and predatory practice among mortgage lenders.

As an enduring fan and player of many sports throughout his life, he and wife Mary became avid golfers in retirement. He was a diehard Red Sox fan. He is survived by his present wife of 31 years Mary Ross, daughter Amy [Alex] Squitieri, grandchildren Elise and Katherine Squitieri, brother David [Susan] Ross, his first wife and mother of his children Judy Tinelli, as well as nieces and nephews. He was preceded in death by son Mike Ross and brother Malcolm (Joanne) Ross.

Please join us on December 14, 2022, at 4 pm CT to remember Sandy Ross. Event information is available on the Holding Space Event Information page for Sandy: https://www.holdingspaceevents.com/sandy-ross

In lieu of flowers, memorial donations can be made to https://highlandercenter.org/ or https://naacp.org/.