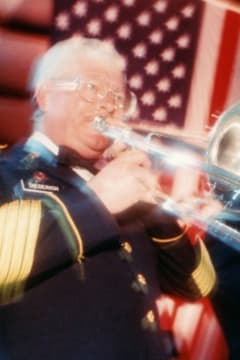 MADISON – Edward J. Diederich, age 73, passed away on Sunday, March 13, 2022 at Columbia County Health Care Center-Wyocena. Ed was born on May 22, 1947 in Madison, WI to Robert and Evelyn (McCann) Diederich. He lived on Ridgeway Avenue and then moved to Boyd Avenue. Ed attended Sherman Elementary and Middle School and graduated from East High School in 1965. He was a member of the Madison Boy’s Choir and was a player on Sherman Middle School football team when they won the 1961 city championship.

Ed was working at American Family Insurance in the mailroom when he was drafted in the US Army in July of 1966. He was active duty as a combat medic from August 1966 until August 1968 during the Vietnam War. One week after returning he was back working at American Family Insurance where he continued to work for 45 years. He joined the 132nd Army National Guard Band in April of 1975 through September of 1997. Music was always a big part of his life, he played the trombone, sang and played with different groups in the band. In his later years, he joined the Dual County Band in Pardeeville. Anytime he would hear military songs he would shed a tear.

Private services were held. To view and sign this guestbook, please visit: www.ryanfuneralservice.com