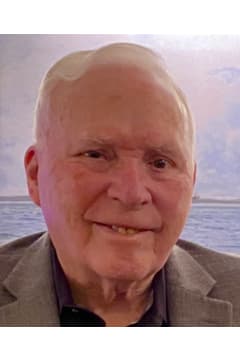 Obituary For George A. Reuhl Jr.

MADISON - George Albert Reuhl was born on June 29, 1926 in Chicago, Illinois to Hazel (Parrish) Reuhl and George Reuhl. He dearly loved his parents and his older sister Marge.

George grew up in the Chicago area forming a deep lifelong friendship with Warren (Pete) Peterson and together they went on many adventures including becoming Eagle Scouts. Pete gave George the nickname “Rock.” George graduated from Lane Tech High School in Chicago.

Following graduation, he was drafted into the Army/Airforce where he was trained as a gunner. After being honorably discharged he worked for Honeywell in Chicago for almost 23 years.

While at Honeywell George met his wife of 69 years, Jean (Mattioli) Reuhl. They were married in May of 1953. Their son Doug was born several years later. Together they lived in Arlington Heights until 1969, when George made a move to California for a new job in manufacturing management. The California lifestyle included a swimming pool and motorcycle riding in the Mojave Desert.

Late in 1973, George joined his brother-in-law Len Mattioli who had taken over American TV, from his recently deceased brother Ferdinand Mattioli. Together they grew the business from a small shop to a big player in the local retail market.

In the late 1970’s Doug married Katherine Henry. During the 1980s, George and Jean became grandparents with the birth of their grandsons, Steven and Michael. There was a deep bond between all of them which was a great joy in George’s life.

George retired from American TV in 1996. During that time, he made many friends. He was very well-respected by his coworkers, some of whom affectionally called him the Silver Fox.

George took great pride in serving as a Director of the Park Bank for 27 years. He felt honored to serve with such a great team of people.

Golf was another one of George’s passions, and he was a long-time member at Maple Bluff Country Club where he forged many great friendships.

More joy came after the turn of the century with the birth of five great-grandchildren (Madeline, Hayden, Charlotte, Camille and Griffin) to Steve and his wife Katie (Wilkinson) Reuhl. He recently celebrated 69th wedding anniversary with his family.

Thank you to Steve, Katie and kids for their many visits. A special goodbye was given by Mike and Aislinn O’Dwyer who were the only visitors in his final days because COVID kept the rest of the family away. George knew he was deeply loved.

Everyone who knew George would say that he was a True Gentleman. He was honorable, diligent, giving and loved by all that knew him. He would want to say to all those who befriended him, thank you for your friendship.

A private celebration of her life will be held at a later date.

Memorials may be sent to the following in memory of George 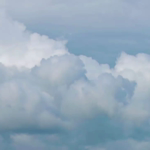