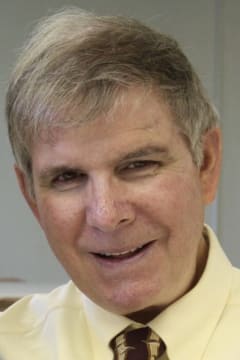 MADISON – James (Jim) Myron Herrick passed from his Earthly life at St. Mary's Hospital, Madison, Wisconsin at age 73 on the afternoon of June 5, 2022. Jim was born to Myron Ernest and Mabel Nikkoline (Ovadal) Herrick on August 30, 1948 at Methodist Hospital in Madison. Jim was the eldest of three with brother, Gary Alan, and sister, Karen Lynn.

Jim was a resident of the North Side of Madison. Many of his life-long friends were met during his years of living on Kropf Avenue where Jim was a well-known member of the community. A lover of music, Jim played the cornet for 3 years at Sherman Jr. High School as well as 3 years at Madison East Side High School in the marching band. Jim was a 1966 graduate of Madison East Side High School. These years were highlighted by his interest in sports and cars, and time spent hunting and fishing with family and friends. It was at their class night celebration when Jim connected with a sweet girl named Janet.

Jim had a strong work ethic, and his employment life began early. He was a newspaper delivery boy, worked at Octopus Carwash, Gill’s Garage, Old’s Seeds, and J.C. Penney. Jim began the Associate Degree- Accounting program at Madison Area Technical College, but a draft into the U.S. Army and likely deployment to Vietnam loomed near. After much consultation with his mom and dad, Jim joined the U.S. Air Force in 1968.

Basic Training was at Amarillo AFB, Texas. Training was completed at Keesler AFB in Biloxi, Mississippi. Military testing found Jim adept at radio communications and maintaining secrets. Jim was then stationed at Forbes AFB in Topeka, Kansas. While stationed at Clark Air Base Luzon Island in the Philippines he volunteered for temporary duty at Osan Air Base near Seoul, South Korea. Once the assignment ended, Jim returned to the U.S. and was stationed at SAC Headquarters Offutt AFB near Omaha, Nebraska. After he ended his military service, Jim spent the remainder of his career with the City of Madison Housing Authority where he worked for 30+ years. While working for the city he made many lasting friendships and earned the respect from those he worked with as well as those he served.

Jim and Janet Corrine Thompson were married at Bethel Lutheran Church on July 15, 1968. They raised three children; daughters Janeen Lynn and Jennifer Ann, and son Ronald Gary. Jim enjoyed boating on the Madison lakes, Badger and Packer games, bowling, family vacations to the Rocky Mountains, trips around Lake Superior and to Florida. He had a passion and a gift for photography. After retiring, Jim became interested in genealogy and spent many hours researching his family history.

Jim wrote obituaries for family, supplied ‘many a headstone’ and created ‘life videos’ for quite a few. His desire was to be laid to rest next to his father and brother at Roselawn Cemetery in Madison. The lessons of honesty, integrity and hard work will remain in the hearts of his children. Jim’s philosophy as a parent was to teach his children to do the right thing and as the children aged, Jim was the person they went to for advice in several life situations. Although Jim is no longer with us in the physical form, he will always be with us in spirit. Jim had a will to push past the boundaries most of us could not sustain. Although faced with many physical challenges, Jim valued life and was so very grateful for the time he had on this Earth.

Jim’s family would like to sincerely thank the team of St. Mary’s Hospital ER and ICU for their comfort, care, compassion, and patience.

Per Jim’s request, a private service and burial will be attended by his immediate family and with Military Funeral Honors. 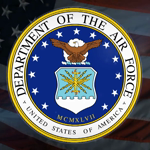