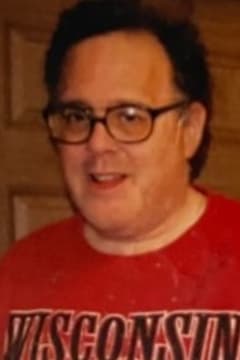 Verona - John Tiffany (Jack) Corcoran passed away at the University Hospital in Madison, Wisconsin on Sunday, November 13, 2022, after a severe respiratory illness.

Jack was born in Beloit, Wisconsin in 1951 to John and Merrilie Corcoran. He was educated at St. Coletta in Jefferson and Lakeland School in Elkhorn. He was known to everyone at the Sterlingworth Resort and Evergreen Country Club (places where he worked for several decades) as a hard-working and devoted employee/coworker. He lived for most of his life on Pleasant Lake and in Elkhorn but resided for the past several years at Badger Prairie Health Care Center in Verona.

He was preceded in death by his father and mother; sister Susan Corcoran (Liebhardt); and brothers Stephen and Thomas Corcoran. His surviving brothers Gerald, James, and Michael will miss him tremendously; as well as his nephews/nieces John, Beth, Barbara, Gerald, Daniel, Brian, Nora, and Kevin –and great nephews/nieces Ben, Margot, Eloise, and Fiona. He also was dearly loved and will be greatly missed by siblings-in-law Diane Corcoran, Tom Liebhardt, and Kate Corcoran, as well as countless cousins and other family members and friends.

A lifelong sports enthusiast, Jack followed all the major sports with an intense interest. He could tell you where any MLB, NFL, or NBA player went to college; as well as the birthdate of everyone in every generation of his family. His relentless curiosity about the sports team preferences of anyone he met was the stuff of family legend. His skill at cooking (and love of consuming) popcorn was also noteworthy. He was loyal and steadfast, kind and loving; and never had a bad word to say about anyone.

There will be a Celebration of Jack Corcoran’s life in the Summer of 2023, time and place to be determined.