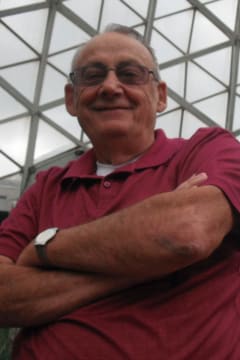 Bob served with the U.S. Army from 1962 to 1972, including three tours in Vietnam, and then served as a member of the U.S. Army Reserve for a number of years. In 1968 he married Rita Van Horn, and together they raised two daughters. Bob worked as a maintenance electrician at Beloit Corporation, Beloit Power Systems, Rayovac Corporation, and Scientific Protein Labs. He retired in 2006.

Bob leaves behind his wife, Rita; two daughters, Katherine (Paul) Tutcher and Michelle (Christian) Krueger; four grandchildren, Christopher (Molly) Tutcher, Rebecca (Joseph Hersh) Tutcher, Alexander Krueger and Zoe Krueger; one brother, Philip (Jeanne) Lord, and a multitude of nieces, nephews, and friends. He was preceded in death by his parents and his siblings Richard, Joan, Frederick, Edwin and James. Family was the most important thing in the world to him.

In keeping with Bob’s wishes, a private family service will be held at a later date.

Should you wish to make a memorial contribution, please donate to a veteran’s organization of your choice.