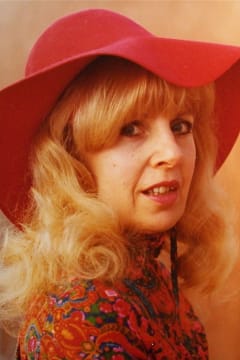 MADISON - Shelbee Matis passed away on June 15, 2022 at the age of 93. She was born August 2, 1928 in Cleveland, Ohio. She is the daughter of Henry and Sophie Schlesinger, who immigrated to the United States from Poland in 1919.

In 1947, a year after graduating from high school, Shelbee married Louis Matis, following his WWII naval service in the Pacific, and graduation from the Cleveland Institute of Art. They first moved to Chicago, but soon moved to Lake Zurich, Illinois and lived there for seven years. Their son, Craig, and daughter, Shoshannah, were both born during that time.

The Matis family then moved to Evanston, Illinois so that the children would be afforded a better education. Shelbee spent a lot of time painting, doing freelance commercial illustrations for publishers, and performing for 15 years with the Sybil Shearer Modern Dance Group in Chicago.

In 1973, Shelbee and Lou moved to Santa Fe, New Mexico into an adobe home that Lou had designed. Shelbee initiated a rape crisis center working to change law enforcement attitudes and hospital/courtroom proceedings as its executive director. The center is still running to this day.

Shelbee opened and operated the Touch of Trim Gallery & Boutique, showing her paintings and sculpture, wearable art-clothing she had designed, and Lou's oil paintings. Their clients came from all over the world. She also worked as a freelance artist, designing and executing the interiors of La Choza and the Shed restaurants. One of her wooden tree sculptures from her "Recycled Forest" series is in the collection of the Santa Fe Art Museum.

Shelbee and Lou moved to Madison, Wisconsin in 1989 to be closer to their daughter’s family. She continued making wooden sculptures, and donated two from this series to the library in Randall School on Madison's near west side that her grandchildren, Taylor and Mikaela, attended. Sandburg Elementary School on the far east side commissioned her to design and install a wooden mural for their main entryway which she titled "The Kaylor Animals of the Sandburg Forest."

In the last several years of her life, Shelbee created large-standing tableaux, using broken plates and glass, and also fashioned a series of 3D paper dresses. The culmination of this collection resulted in an exhibition of the work at the Edgewood College Art Gallery in 2017, two months after Lou had passed away. During the opening, Shelbee said, "If I wasn't the artist of this exhibit, I would wish I were."

While Shelbee would have liked to have had faith in a spiritual belief, the leap this would have entailed eluded her. Her faith remained in her own ability to make life meaningful, and reading philosophical literature, novels and memoirs helped her in that quest.