5 Unique Funeral Traditions from Around the World 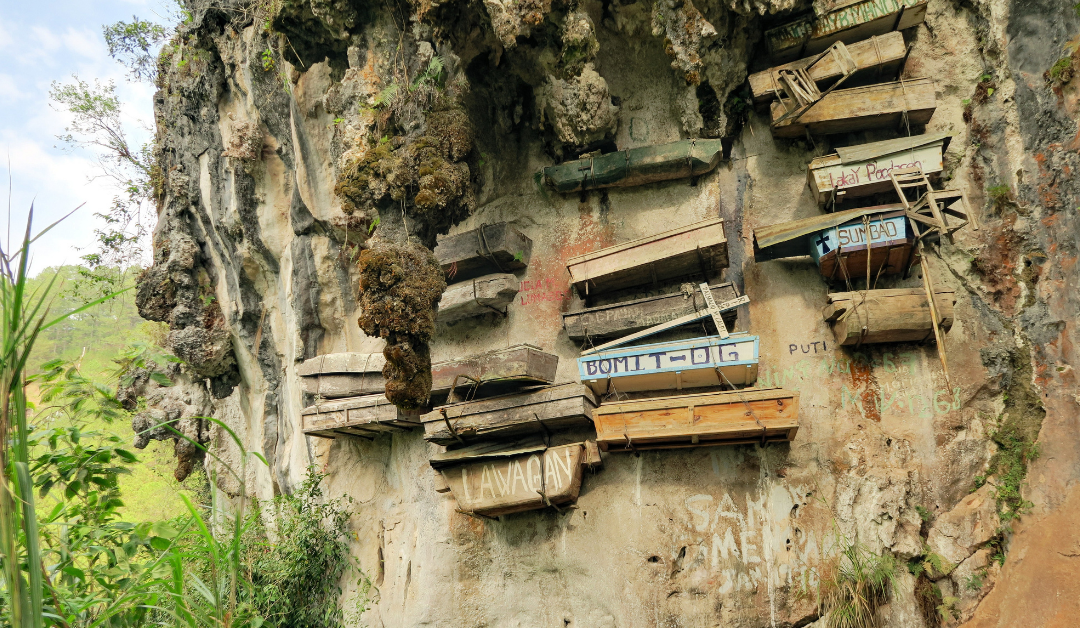 We’ll start off close to home with green (or natural) burials. This type of burial emphasizes environmental sustainability, as the body is neither cremated nor prepared with chemicals such as embalming fluids. Instead, the body is placed in a biodegradable coffin or shroud. According to the Funeral Consumers Alliance, the goal is the complete decomposition of the body and its natural return to the soil.

Natural burials are technically not new, as most burials before the mid-19th century were conducted in the same ways. This type of burial is becoming more and more popular, though, as the preference for sustainable practices and preserving nature are on the rise. There are several hundred conservation preserves, natural burial grounds, and hybrid cemeteries throughout the US, with several in Verona, Waukesha, and Milwaukee.

In Ghana, death is not the end, but instead, it is a transition to the spiritual realm of their ancestors. A group of coffin makers, who call themselves “fantasy” coffin makers, create unique coffins in the form of objects, like animals, cars, ships, and foods. According to an article by CNN, “they [coffin makers] make coffins for families who believe that life transcends death and that the deceased will continue with his or her profession in the afterlife.” The dead are buried in a coffin that represents the job they did while alive, so they will never forget where they came from and what they left behind.

The Turning of the Bones – Madagascar

Famidihana, or ‘the turning of the bones,’ is a sacred ritual practiced by some ethnic groups in Madagascar. Traditional Malagasy values are rooted in the belief that there is a close bond between the living and the dead, and they share a high respect for their ancestors who are considered to be a part of everyday life and customs. According to an article by CNN, the Malagasy people believe their ancestors serve as intermediaries between the living and God and therefore have the power to intervene in events on earth. It is also believed that the dead do not move on to the next life immediately, but remain in the land of the living until their bodies have completely decomposed.

The sacred ritual of Famidihana occurs every five to seven years. The corpses of deceased relatives are removed from an ancestral crypt, wrapped in fresh silk shrouds, and partake in festivities, including dancing and drinking. The corpses are then returned to the crypts just before the sun sets until the next ritual.

Members of the Igorot tribe of Mountain Province in Sagada, Philippines bury their dead in hanging coffins, which are nailed to the sides of cliff faces high above the ground. This tradition can be traced back more than 2,000 years and is still practiced to this day, just on a much smaller scale.

One of the common beliefs behind this tradition is that moving the bodies of the dead higher up brings them closer to their ancestral spirits. It is also believed that this particular practice was done so that the bodies would not rot as quickly, and they would be safe from enemies or animals who would otherwise dig up the bodies if they were in the ground.

Jade burial suits were first documented in literature around AD 320, however, there is proof of their existence over half a millennium before that. These suits were built as armor for the afterlife to prevent mortal decay because jade was thought to have preservative and protective qualities that would prevent the deterioration of soft tissues and keep away bad spirits.

In 1968, the tomb of Prince Liu Sheng and his wife Princess Dou Wan of the Han Dynasty was discovered in the Hebei Province. The two were wearing jade burial suits, built with over 2,000 plates of jade and sewn with gold and silver thread.

Fewer than two dozen jade suits have been found in the years following the discovery, partly because they were expensive and time-intensive to create, and, in AD 223, Emperor Wen of Wei ordered that the production of jade suits be stopped to prevent tomb looters from stealing the gold and silver thread.

Though some of these traditions are no longer practiced, they are still ingrained in the cultures and beliefs of each country. In some cultures, like the Malagasy, the hosting family spends a tremendous amount of money on the tomb and the festivities, and will often pay more for their tomb than their houses. The expense of a Malagasy funeral may not quite equate to a traditional US funeral, however, families are often shocked at the cost of a funeral when the time comes. To help avoid surprises down the road and to ensure your wishes are honored, consider pre-planning your funeral. Reach out to our team for help getting started!